In the previous post, I talked to Graham Cassells - a Cisco Networking Academy teacher in Australia, who is using Ostinato in his classes. I also talked to his students at Lake Tuggeranong College about their course, the tools and the topics that interest them.

This is a bright set of kids! They’re interested in IT, Networking, cyber-security, and they’re keen to understand how hacking and penetration testing works.

The students generally use Packet tracer, Wireshark and Ostinato on both Windows 10 and Kali Linux for network related studies. For security practice, they use a cyber range - a Lego city with hackable trains and planes.

One of their recent study exercises was to run a normal ping, capture and study the packet in Wireshark, then use Ostinato to replicate and spoof the same packet to trick or fool a victim. They loved this exercise.

Using Ostinato helped the students visualize encapsulation and the OSI model layers in practice for a deeper understanding of networks and packets. They weren’t just learning the theory any more, they were creating these packets and running it through the system to see how it fared.

Christopher from the class said, “Ostinato was great for understanding more on how a packet is structured and sent across a network”. Connor, another student, said the exercise provided a practical understanding of Mac and IP addresses and enhanced their classroom theory training. Since Ostinato works great with other tools like Wireshark - so they’d definitely recommend it to their friends and other students.

Several students found it fascinating that when used for pen-testing, Ostinato-created packets couldn’t be told apart from normal packets, if done right. The digital fingerprint of the Ostinato created packet was identical to the one they were spoofing.

I asked them about what they found lacking with Ostinato and students basically wanted to use it better - they asked for more tutorials and guides to fully utilitize all the capabilities of the tool (More tutorials, is something I hear very often and will try to provide!). There was also a specific feedback about the Ostinato stream configuration dialog not showing a scroll bar and so they didn’t realize there were more options they could select (Will fix that in the next version!).

Thank you students for talking to me! 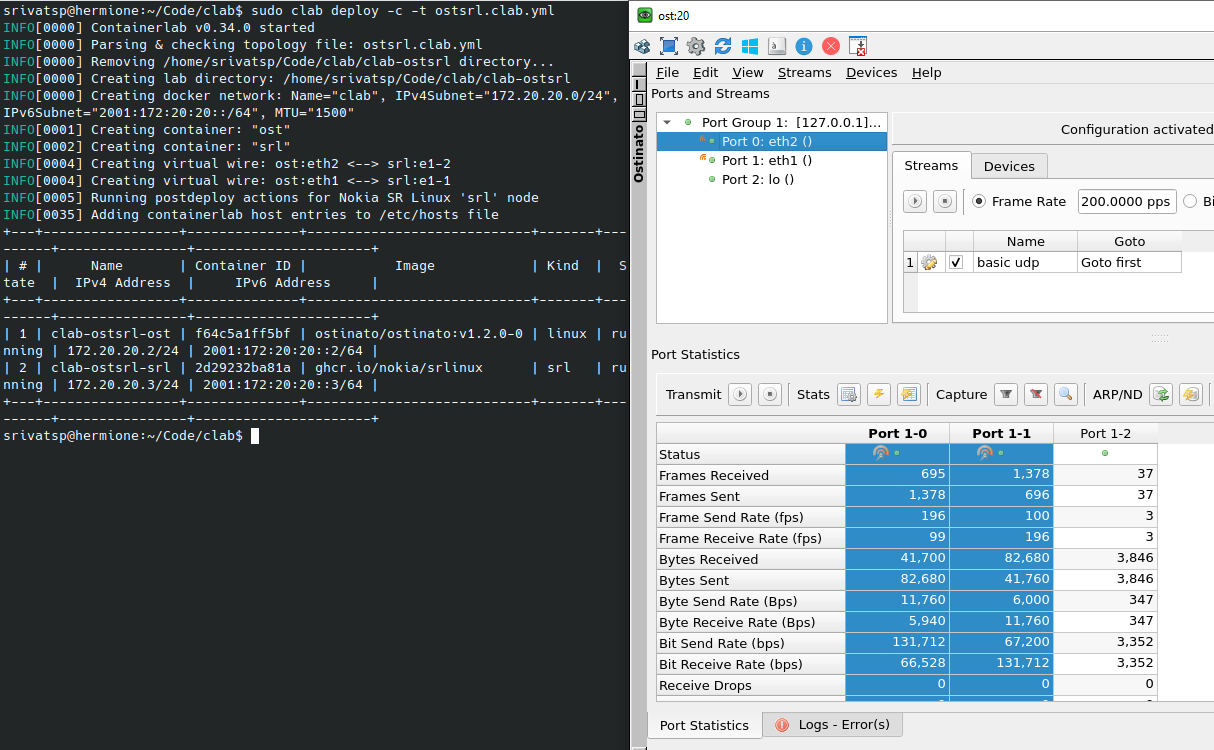