A few weeks ago, Ostinato user Peter asked me -

I sent him instructions to do so and figured it might be useful for others too, so posting here as well -

Note that although Peter didn’t need to generate 100% 1G traffic, it is easy to extend the below instructions to do that. 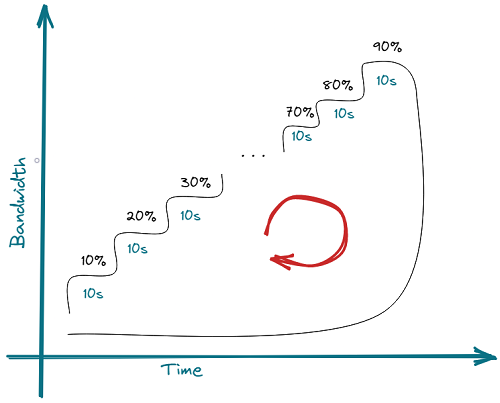 Note that Ostinato stream configuration takes input as Number of Packets instead of Duration in seconds, and Packets/sec instead of % line rate, so we need to do some conversion first. Here are the formulae for the same -

I’ll assume for now that packet size doesn’t matter and go with 1500 byte packets (more on this later).

Using the above formulae, we calculate Packet Rate and Number of Packets for each of the 9 streams -

See the table on Google Sheets

The reason I picked 1500 as the packet size as opposed to 64 (default packet size for Ostinato streams) is that Ostinato cannot do 1Gbps for 64 byte packets without the Turbo add-on.

To get line rate for small packet sizes like 64 bytes, you can use the Ostinato Turbo add-on which provides wire speed 10/25/40Gbps

If you have any questions, post in the comments below. 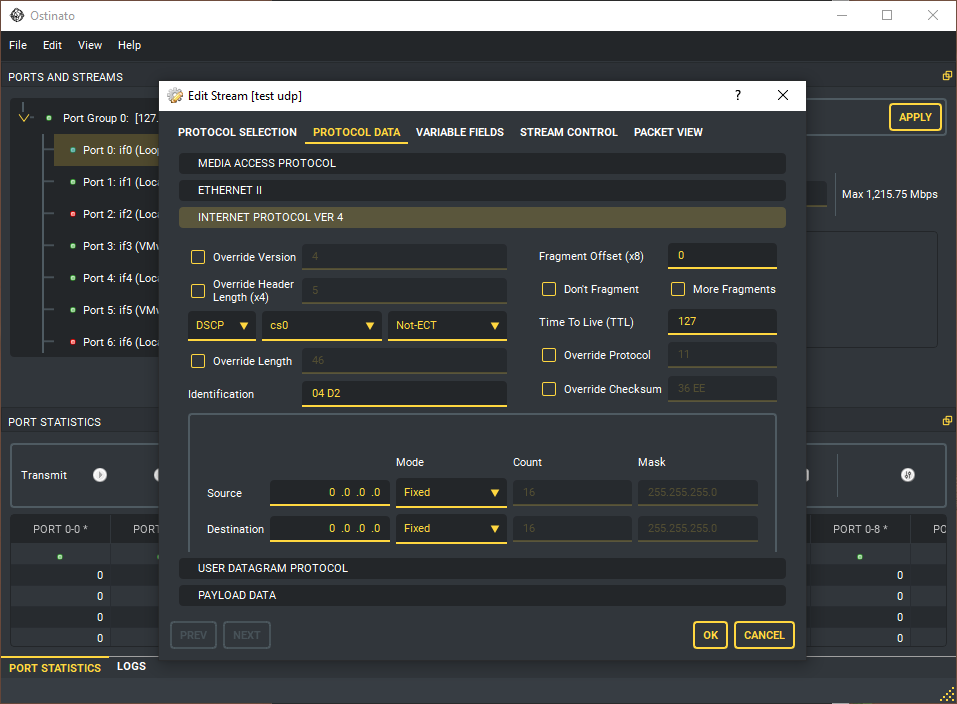 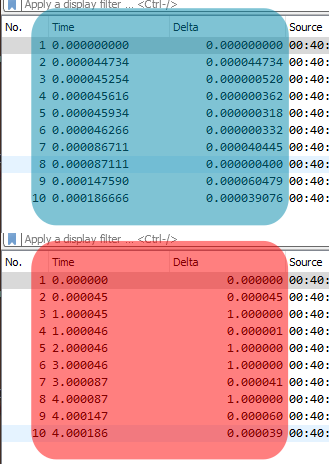 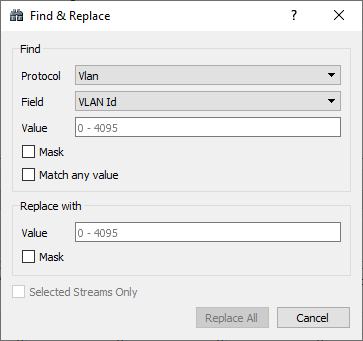